You may have clicked onto this blog post looking for some juicy tea to be spilled, but to be honest, this is more of an investigation of why many people think Zoella is so unrelatable.

I have been watching Zoella on and off for several years, and whilst I cringed at her first beauty range release she has actually gone on to release multiple successful ranges and books but also had a few controversial releases.

Zoella is one of the biggest female YouTubers and throughout her career as a vlogger she has had many ups and downs. Currently, her channel is on somewhat of a downward spiral with her subscribers decreasing each day but she is still lingering above that 12 million subscriber milestone and her channel has surpassed a billion views.

Over the past couple of years, Zoella has had to withstand negative press, hate storms, and other waves of hate directed towards her. Some of the criticism has been valid but other things are purely rooted in jealousy.

So what is it that makes Zoella so unrelatable and why do people hate her?

I took a quick look at Twitter with a simple search of “Zoella unrelatable” and while there weren’t many hits I still found some interesting Tweets. The most common reason for Twitter users to find Zoella unrelatable is the fact that she’s got money. I find this rather interesting as I have looked up to celebrities all my life because of who they are and what they do, not how much money they have.

Apparently, people have gone off Zoella because she has a lot of money in the bank. Is this a fair reason to criticise someone or is does this opinion derive from jealousy? I won’t say I’m rich in any way, I work my 8-5 job, pay rent, bills, and put away for savings. I don’t make nearly as much money a year as Zoella does in a month but still, I don’t find that it is her earnings what makes her unrelatable.

A £500 Primark haul seems to have shook fans to the core and to be honest, I don’t understand what the big deal is. She went to Primark of all places and found a tonne of things that everyone can be able to afford, you don’t have to spend as much money as she did and, to be honest, how many times haven’t you been in a London Primark and seen tourists pay hundreds of pounds in there?

So we’ve established she has money and she likes to spend it. If this makes her unrelatable then what would make her relatable? Also, what is she meant to do with her money if not spend it on things? I’m not trying to defend her but if you compare Zoella’s spending with other big YouTubers including her brother and boyfriend, then perhaps she isn’t as unrelatable and obnoxious as people make her out to be.

Fame has got to her…

Many of the comments and opinions about the unrelatable Zoella is that she is too rich and famous and has lost touch with the real world. What many people are forgetting is that she doesn’t live in the real world anymore, she is in the world of celebrity and richness but still, people are trying to bring her down to their level. Now, I am not saying that she is almighty or living on another tier of life, but on paper, she is different to so many of us and with that comes a lot of privileges we could only dream of.

As I was writing this I tweeted out “Writing a blog post called “Why is Zoella so unrelatable?”” and have throughout the duration of the post received a lot of comments about this with people voicing their opinions. Many said she’s lost touch with the real world and others claiming she is promoting products that are too expensive for her target audience.

When she started out she was a teenager and has since then had the image of a young girl having fun with her friends and showing off what she got in Primark. Before she lived in her big Brighton mansion she was deemed as relatable but what happened to change this? She hasn’t really spent the past years travelling the world in business class, splurging on every designer bag out there, or bought a house in the Hollywood Hills.

Sure, her and Alfie have a couple of cars, live in an incredibly big house and her job title is “YouTuber”. But has she really changed that much since she was making videos in her bedroom? If we remove the money aspect – aka being able to afford the above-mentioned items – what really is different?

[READ: In Conclusion, Don’t Worry About It]

There’s a magazine called Empire in which they ask actors how much a pint of milk is. Nine times out of ten the actor will say a ridiculous amount. Ellen Degeneres had Bill Gates on her show and had him guess the price of normal household products. He was miles off. Reading people’s comments about how unrelatable Zoella is, makes it sound like they’re making her out to be Bill Gates or any other multi-billionaire who hasn’t stepped foot in a grocery store in decades. That is someone who I would claim to be unrelatable and who has lost touch with the real world.

Living a life of fame will definitely change you. Some people take this into the extremes by launching themselves at the press and ending up on every front cover possible whereas others take it with grace and continue living a similar life to who they used to be. If those are the two binaries then I think Zoella fits somewhere on the side of the latter.

At the beginning of her YouTube fame, she spent time with other vloggers and was travelling to places like Florida and Dubai, going to parties and events, and mingling with other famous people. Since then she has grown up and I’d liked to say embraced her rich life and fame in a way a lot of people wouldn’t have. She didn’t go into drugs or alcohol instead she bought a house and a dog.

Seeing as she vlogs most of her life we get to see what she gets up to every day. From these videos, we can see that she enjoys to sit at home, play with her dog, hang out with her boyfriend, friends, and family, shop at Waitrose, spend a lot of time in Pets At Home and the random trip to Home Sense.

She also likes to treat herself to a relaxing weekend at a luxurious spa, buy cars that are more expensive than the average Zoella fan could afford, travel far and wide to exotic places such as Mykonos, New York and Edinburgh.

[READ: So, blogging has changed me…]

As you will have noticed throughout this post I have somewhat been defending Zoella and her unrelatable self because I do in fact find her relatable to a certain extent. While I agree that her advent calendar mishap of 2017 wasn’t her brightest moment and that she is continuously sent products from all different type of brands, has a lot of privileges derived from her fame and the fact that she has earned more money than I will ever earn throughout my lifetime, I still don’t find her to be that unrelatable.

Now I’m a 25-year-old girl who works a full-time job, live in Sweden, travel a lot, and consider Urban Outfitters to be reasonably priced. To my 50-year-old mother and my 18-year-old cousin, my lifestyle is completely unrelatable. My mum works full-time, has a mortgage to pay off and student debts stealing a chunk of her salary each month. My cousin is in high school, works in KFC and lives in Northern Ireland.

I don’t want to speak for them but I am guessing that what makes me relatable in their eyes are my personality and opinions, the things I like, and my interests in life.

We all relate to people differently but for some reason when it comes to Zoella her relatability factor comes down to two things – if you can or can’t afford the lifestyle she has. In other words, she has been reduced to her net-worth and not her worth as a person. Just because you are rich and famous doesn’t mean that you lose touch with the real world. I think that it is the way a person lives their life that makes them relatable and not the price tag of the things they buy.

I have throughout this post focused on Zoella being unrelatable based on her money situation and I would very much enjoy writing a follow-up post about other things that people claim make her unrelatable. The reason I focused on money in this post is that it seems that the common opinion is that she is too rich to be relatable.

While I don’t find her being rich to be the reason for me finding her unrelatable there are many other aspects which I will bring up in Part 2 of this series if I ever write one.

In the meantime, why don’t you let me know what you think the comments down below? Is the Zoella hate justifiably and is she unrelatable? 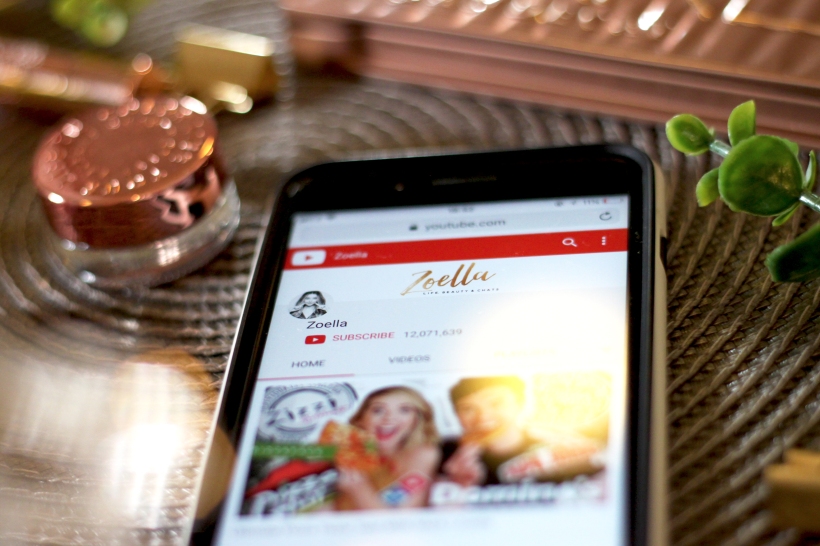 41 thoughts on “Why is Zoella so Unrelatable?” 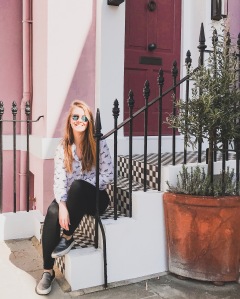 26 year old avid Netflix binge-watcher who makes videos on YouTube and Oscar winning films in my head. A little blog to put out my thoughts and experience on life, film and travel.